Skip to content
I will be shot if I do not make this post before midnight
This is the first time I will post about one of the Law School People. And this person is Oyinkansola Zainab Aina.
The first time I met her I was walking to the Oji-ukwu market with Belema, when I saw a group of people that had just arrived from a long journey. I stopped. Said hello, welcomed them all, found out they were from Lagos State University (LASU). Folabi Kuti, Zainab Zakare, Oyinkan, Biodun, and the rest of them.  Kuti had this yellow jersey on.A tiny girl caught my attention- partly because she was tiny, but more importantly because she was pretty. And trust me, I took a little extra time to tease them and speak my “Yoruba” (my vocabulary is about 5 phrases). Belema even went the extra mile of sending her a preaching by Bishop Abioye on marriage and we went on.

That Sunday, Bukola Atobatele invited me to play the Bass at Chapel of Hope. I accepted because I WAS looking for another church to attend in Agbani, and a friend from home had bragged about me to Bukky. And while I enjoyed the playing, I decided that I would NEVER return to chapel of hope. Because I was so distracted with the girls face- flowing hair, fitting purple gown and deep red lipstick. I remember THAT but not what Pastor Gabriel talked about that day.

So I hid for a long time, and exercised my inner Ninja. I advised myself to face my studies and concentrate. I reaffirmed my resolution that there would be NO girlfriends in law school. And actually, I succeeded- I even totally forgot that such a girl existed. We went about a whole 2 months before I saw her again. By this time I was already a full ninja and her beauty did not dazzle me anymore (I was already being dazzled by someone more powerful :D)

Because of Onowe Ajulo , I started saying Hi again, sometimes I even took a walk to the house of lords to chat a little during tea break. Yes, we had tea break. 15 minutes between each half of lectures. There was this morning she came over to our seat and she met me just about to consume my morning consignment (I had an Amstel Malta and gala). She asked me for it really joking and I don’t know how that happens- but I gave it to her anyway. And that’s how we started talking, like TALKING. That was when she told me she was from a Muslim family, and they didn’t react too kindly to her conversion from Islam. I respected her a lot more (well, if you judged from her size you wouldn’t think she had the capacity to resist anyone :D)
Unfortunately, this was just the week before we went home for the externship (court and chamber attachment). And strangely, we talked about some pretty personal stuff- I talked with her about Lanre and she told me about…well she just listened and told me a few things like “give it time”. A few times I’d call her and talk , a few times she’d call me and talk. There were the times when I needed to slip something quick to Lanre, and she was very helpful. Fortunately they were both in the same courthouse and the same Law Firm. The times when Lanre was out of a phone (or didn’t want to talk to me, lol), I’d call with Oyinkan’s phone. I remember having Oyin hunt for a birthday gift since I couldn’t make it to Lagos in time for June 21st.

When we came back to school, we worked nights to make sure we had our portfolios ready for the assessment. I had the speed when it came to typing- but she already had a template of what and what needed to be ready for Monday. Me, Lanre and Oyin went to the hall. In that back breaking pain of the Old Auditorium seats, we toiled for hours until the presentations were up to professional standards.

And those days of waiting for Moot trials. I’m beginning to think that’s when I got to know Oyin. Behind all that smiling, all that confidence- there could be times of sadness too. And there were times when I felt she was getting too deep into my business. By the time I ran over her actions (and planned my counter), I saw that she was actually right. There were the times I needed to go out of school for a hot meal, when the restaurants were closed, and she’d walk me all the way to law school junction. Sometimes I could talk her into trying my noodles combination- other times she’d just be content to watch me eat and talk endlessly about whatever idea had found its way into my head.

When Moot trials started, I began to see more of her everyday (we were in the same group). It didn’t matter that we were opposing counsel; At a I imagined a “conflict of interest” scenario if this was REALLY Equity Chambers defending John Brown & Miss Pretty Bright, against the Ministry of Justice. It was the hours away  from Moot Trials that held the most. That was when she told me about Mallam and the phenomenon that he was. And that was when she told me about life at LASU. She was still as fiery in opposing our bail application in court, making sure to point out to the judge that our Miss Pretty Bright who allegedly was suffering from Sickle Cell Anaemia was very fleshy and healthy-looking.

With exams approaching it was hard not to get infected. Oyin’s reading schedule was mindblowing. Morning, afternoon and Night. She told me she wasn’t gonna read anything beyond 9pm and she meant that. So what I did was, whenever I wasn’t reading beyond 9pm I’d make sure we discussed some topic or the other. I always carried past questions with me because I was sure to meet her somewhere. You see, Oyin is a good teacher. I’d read the Fundamental Rights Enforcement Procedure over and over again, but I didn’t make heads or tails of it (I couldn’t tell how many processes needed to be drafted if you commence by originating motion). In less than ten minutes this genius explained it…and I never forgot!

At some point I began asking myself if I wasn’t looking for trouble hanging out with her so much (when there was a more powerful somebody holding my attention down). After rigorous testing I realised that Oyin had become the younger sister I never had. And I began to treat her as such. During the exams week, people everywhere got hungry frequently, and cafeterias were always crowded. Because it rained so much, I wouldn’t let her leave the hostel if she could help it. I’d place her order whenever I went to eat (and deliver it to her myself). And when I started following my mum’s orders to make sure I eat some fruit, well I followed “an apple a day” policy. I’d buy 3 apples- one for me, one for Lanre, one for Oyin (sometimes it was one for Kingson as well).

The final week of school was awesome- all the things we prayed for happened as we needed them. The exam questions turned out to be what we just revised, the weather never disturbed us…and even when we got tired there was always enough time to sleep, rest and be refreshed.

Last month was call to bar. It was amazing to see what 3 months out of school could do to a person’s face. She let me have her laptop for almost 2 weeks (I typed “the mob is a demon”) with that. She helped me get my collarette and Studs from Bwari during the thanksgiving. Sadly when I went to her house to return the laptop, someone slammed the taxi door and smashed my Tecno Phantom A+. Anybody else and i would have been more angry…but better on her account than on some Jezebel out there!

That’s enough of facts. Let us now direct the mind of this honourable court to the true character of Miss Oyinkan. She’s deeply fun to be with- smiles most of the time. Even when people are being rude or trying to be nasty she maintains that smile. And she’s not one to run away from work- from what I noticed she’d rather do today what she can do tomorrow. That went a long way…that willpower to work rubbed off on me especially when I was losing steam in my exams prep.

And she has a heart for God. Everything I saw her do had its root in God. She was in the prayer unit, and whenever the person on the schedule didn’t show up on time, she was almost the backup prayer leader. And she was very active in the drama unit. Once she played Barr Afolayan (“PROCEED TO THEE DOCCKKK!!!!!!!”). Even when we talked about boys (yes we did that), she always rooted the discussion in the will and the plan of God. She told me about 4 times “God is my father. It’s better to make mistakes in the presence of God. My father won’t let me go far in the wrong direction”.

Today happens to be her birthday, and because I don’t want to keep her up reading too long, I’ll stop here (but the rest of you can keep marvelling about how awesome she is). Watch out for a lawyer by the name Oyinkansola Zainab Aina. If God answers my prayer, that surname will change to T____S. Fill in the blanks, people 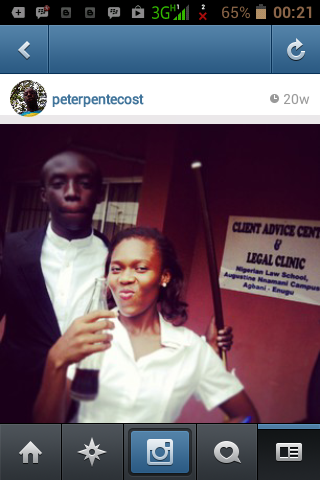 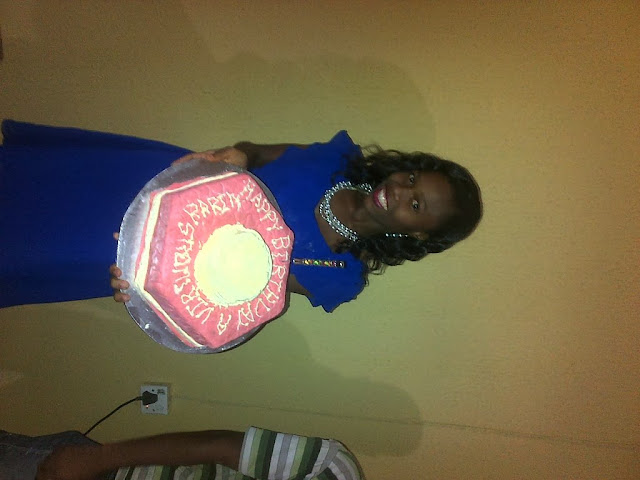 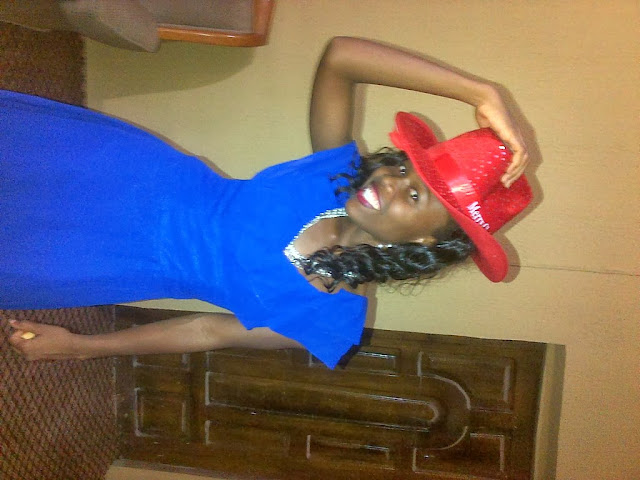